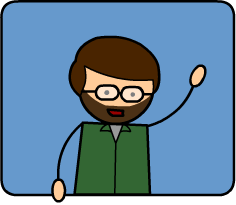 Scott Miles lives in Austin, TX, living for BBQ and cinema in equal measure. Inspired by the DIY slacker spirit infused in the DNA of the city, he’s worked the last several years writing/producing feature films, web series, podcasts and a couple of comic strips.

With degrees in both filmmaking and screenwriting, Miles is fully aware that, statistically speaking, he has a better chance of being struck by lightning than becoming a working comedy writer.

He welcomes either eventuality.